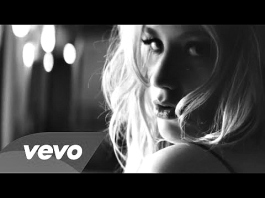 More than a year ago, I wrote about Ella Henderson.  After seeing and hearing her unique and magnificent rendition of Cher’s Believe in X Factor UK, I was immediately mesmerized.  I continued and followed watching that show until the night Ella got eliminated. I ceased to watch it and never knew who won that year’s contest.

Just tonight while surfing the net, I got to see and be updated with the Ella Henderson goings on.  I am glad that her new single Ghost is doing good and its official music video on YouTube already have more than 8 million views.

But what made me write again about Ella Henderson is this amazing video.  I still can’t fathom how this great talent did not even made it to the contest’s finals!  Her singing of the acoustic version of Ghost seem to turn the 2012 X Factor UK TV show a big joke.  Watch!

Nowadays, every country seem to have their own franchise or version of The X Factor, Idol, The Voice or ‘name-a-country’ Got Talent.  With the continuous popularity of these reality singing contests season after season along with the continuous diaspora of the Filipino race in every corner of the globe, it is no longer a big surprise if one or two or three of the show’s contestants are Filipinos or of Filipino descent.  And because of the innate singing talent, Filipinos around the world has been wowing the planet.

And every time a Filipino joins these contests, the whole country tend to celebrate and be more than proud every time the Judges would either love, praise and exalt the talent they just heard.  I actually at times gets so whacked every time I read the dog-tired “Proud To Be Pinoy” comment on Facebook or Youtube.

Anyway, because of these happenings, I along with a lot of Filipinos got to see personalities and celebrities around the world judging these reality based singing contests.  Thanks to Youtube and Facebook.

Let me clarify, this write-up is not about my fellow Filipinos with killer pipes.  This is about the judges of these fabulous contests.  So far, via Youtube, I have seen and watched celebrity judges from Bulgaria, Italy, Great Britain, The Netherlands, Australia, USA, Israel, China, Canada, Spain, Poland, Norway, Taiwan, Ireland, Thailand, Austria and New Zealand.  It is because these are some of the countries where at least one Filipino has joined. 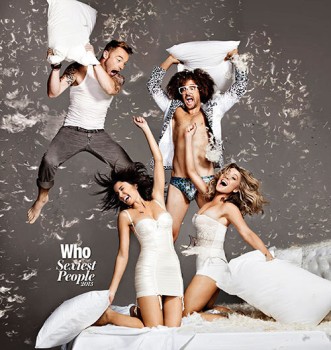 Anyway, going back to the judges!

For me, the most gorgeous set of judges ever is from Australia.  They are the Season 5 and presently running Season 6 of X Factor Aussie version.  They are the clean cut Ronan Keating, the brunette Danii Minogue, the afro Redfoo and the blonde Nathalie Bassingthwaighte.

I have seen them throughout the whole season of season 5 and all I can say is that these four are simply oozing with gorgeousness both inside and out.  If I am to join a singing contest, I would be joining the contest where all these four will be judging.

They are the only set of judges in a reality singing contest who gave a contestant more than a standing ovation.  The four super impressed me when all of them stood on top of the judges’ desk to jump and applause over a contestant’s unbelievable performance!

Their comments may it be a denigration or accolades towards a performance looks and feels so sincere.  They judge the performance not the person.  What’s so good about their criticisms is that they express it not in a very cocky, arrogant or harsh manner.  Even though a performance may turn bad, these judges always have something positive to say.  Thus, rejected contestant walks out of the stage unhurt and actually goes home happy and inspired.

They’re the living example of charisma, great sense of humor, confidence and intelligence mixed into a gorgeous looking group.  They got amazing bags of sex appeal and looks so comfortable with each other.  They look like they are truly having fun.  No drama, no palaver, no non-sense.  I don’t know if it’s the differing hair but for me, they just blend perfectly.

Melinda Doolittle, David Archuleta and Jessica Sanchez of American Idol, Ella Henderson of X Factor (UK), Marco Germar of So You Think You Can Dance (U.S.) and most recently Morisette Amon of The Voice (Philippines) were the awesome talents I personally rooted for in their respective contest seasons in the past.  Click the name of these talents to read my posts about them for me to prove my point.  I can’t seem to remember when was the last time that my chosen contender won the contest he or she is competing on TV.

Strangely, despite their breathtaking performances, no one among these brilliant and gifted contestants did won in their respective talent contests.  They were beaten by other competitors as oddly voted by their respective country’s viewers.  Honestly, I’d rather observe a grass growing than listen or watch these so called winners perform. 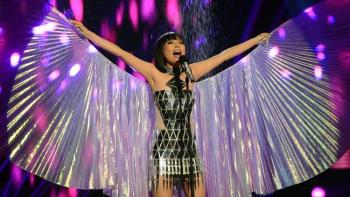 lady gaga, katy perry and rihanna has yet to perform a number as amazing as this…

Anyway, it seems that it was not America, nor the UK, nor the Philippines talent contests that has the right sagacity and discernment for what a true talent really means.  Surprisingly, Australia does have the right vibe, groove and keenness on this matter.  I am saying this because just tonight, Australia has voted and honored Dami Im to be this year’s X Factor (Australia) WINNER!!!

I was slightly freaked out when the host announced who this year’s winner was.  I was clapping and cheering when Dami Im’s name was called.  All I can say is that endearing Australia got it right in the pocket…  Aussies know what exceptional talent is…

Its official! At 75, Nengkoy (my mother) is now a netizen.  She is now an official Facebook member.  Miggy, one of her grandsons signed her up while me, my sister Joy and elder brother Wreigh patiently taught her how things are done in Facebook.  I can’t believe how fast Nengkoy gets the heck out of Facebook.  She was actually chatting with my niece Erika who’s based in Japan in minutes after she was signed up! 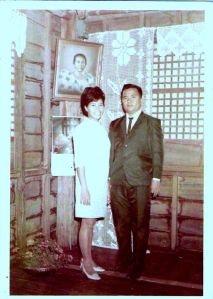 Being so used to snail mail, she was so surprised how fast a message can be sent and received by the recipient who’s at the other end of this planet.  We were laughing when she remarked, “Ang bilis naman dumating sa Japan!”

While teaching her how things are done on Facebook, we were watching the X Factor Philippines 2012.  I was a bit disappointed with the judges and the contestants considering that the show is already on its last stretch.  I don’t want to sound like a sore thumb but I do not feel the X factor vibe from the contestants and I find the judges too corny, retardedly emotive and enormously cheesy.  I wanted to throw my expensive slippers on the TV screen.

The show is so unlike the 2012 British version.  Their version doesn’t look for the best singing voice, the most gorgeous looking neither the financially-challenged contestant who gains mercy from the viewing public to win. They are looking for the elusive X factor!  The judges are naturally cool and their show has more soul and essence.  They were looking for somebody like the 16-year-old, Ella Henderson.  She does not possess a pretty face, a drop dead gorgeous body neither a spotless singing voice.   But when she sings you know you she exudes the brilliant X factor.

Watch how Ella moved the judges and wowed the crowd… 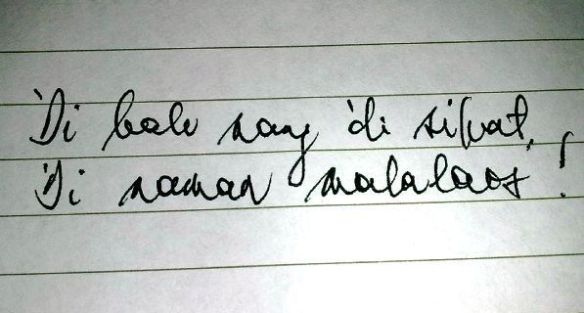 translation: Its okay not to be famous at least my prominence won't corrode!

Stardom is defined as a status of an individual acknowledged as a star.  One gospel truth is that everybody aspires to be sikat (popular) and be a star.  It is synonymous to fame and fortune!.  Due to life’s surprises and enigmatic circumstances people just suddenly find themselves in the status of stardom.  It could be in-born, a fascinating fate and destiny or simply caused by melodramatic blood, sweat and tears.

I envy those ungifted and undeservinng stars who did nothing but suddenly found themselves filthy rich and fiercely famous (the likes of Kim Kardashian, Zanjoe Marudo, Willie Revillame, Gerard Anderson and Kate Gosselin to name a few).  Some have not yet even finished their studies but owns heaps of money and monstrous properties.  The only factor why they ended up being wickedly famous is because of their so called x-factor – the unexplainable element that enables these individuals to portray kick-in-the-butt social and cultural values in the lives of others.  They are the existing testament of “life being unfair”.