I grew up in one of the most notorious and crime infested cities of the world, Pasay City.  The gang-infested town of New York, the dynamic human trafficking in Belize and the exploits of crime at the favelas of Brazil seem all so tame and subdued if to be compared to the felonies and transgressions that occur in my home city.

That is why I was so surprised to find out that right in the middle of dangerous Pasay, runs a rare and unusual Honesty Shop.  Honesty stores and shops (unmanned establishments in which the stores cash sales are relied upon the honesty of its patrons) thrives in some of the most nonviolent, remote and/or progressive spots in the world.  In fairness, there are actually 2 stores that I know that runs an honesty shop here in the Philippines, one is at the remote and peaceful province of Batanes while the other one is at the high-end and affluent university here in the Philippines.

Enough with the topic diversion!  The store in Pasay that I am talking about is Honest Henry, an  honesty shop inside a compound where Henry Hotel is located.  I found this place when I and my family was about to have a hearty lunch inside Henry Hotel.

nephew luis checking out the stuff inside the store 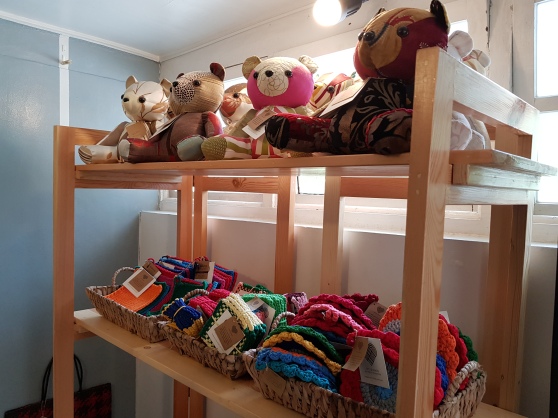 this is how you do it!

The even rarer fact about this store is that it is not just selling cheap snacks and knickknacks.  It is selling locally-made pricey-looking crafts and souvenirs.  I was so surprised when I was checking all the merchandise!  Those were not cheap, shoddy and substandard!

Honesty Shop at Henry Hotel was something so pleasing and refreshing for Pasay City.  It gives me the positive feeling and perspective that there still exists some glimmer of hope to the city where I grew up.

Anesti is the best palisi…

I know that it already have stores here in Manila, but if destiny would grant my wish of travelling someday to the United Kingdom, I will never miss the chance of going to John Lewis.  This is for the simple reason of being so touched every year by their Christmas ad.

John Lewis Christmas ads are so awe-inspiring, it seem to have become a tradition for Britons to look forward to its annual release.

This year’s edition is entitled “Man On The Moon”