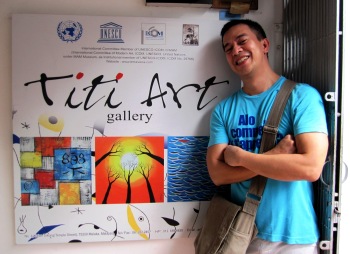 Early this year when I was at Osaka in Japan, I found pussy in Namba Parks  (press this LINK if you wish to read this hilarious post).  Last week during a long weekend in Malaysia, I found a weiner in Melaka.

Titi is a Tagalog word when translated in English would mean a man’s love-stick, prick, or pecker.  For a nicer and more appropriate label it is the male genitalia.

While passing through one narrow street inside Chinatown in Melaka, I and my colleagues noticed the signage of Titi Art Gallery.  Without hesitation we mindlessly took a photo of it.  It was for us hilarious and was actually laughing out loud wondering what interesting pieces of art could be inside.

Initially, I thought the gallery would feature the “helmeted yogurt slinger” in various artistic media.  But of course I am wrong because the gallery sells gorgeous drawings and paintings.  The reputed art works were even hailed and endorsed by UNESCO as indicated in one of its posters.

The gallery’s owner was the one who welcomed us and instinctively guessed that we were Filipinos simply because of our laughter.  He said that he knew we were Filipinos because his gallery receives the same reception and reaction from Filipino tourists in Melaka from the past.  He was nevertheless gentle and accommodating enough to explain that “titi” in Chinese means little or younger brother and when translated in Malay language would mean a small bridge.

The paintings and drawings were actually stunning but it was a bit pricey for our budget so we simply say thanks and bid goodbye to the gallery’s owner.

But since my brain’s dendrites were functioning very well after a cup of coffee from a nearby shop, I realized that the Chinese and Malay translation for titi is basically close to that of Tagalog.  Why?  It is because a lot of androcentric jocks consider their pecker as their little brother.  Also, a man’s joystick when interloped inside a love-hole would be the small bridge where the huge army of seeds or jellyfishes will have to cross so as to create a human being.  Thus, Tagalog, Chinese and Malay’s definition of titi is fundamentally the same.

Today is Malaysia Day.  Let me commemorate this day by posting few and selected photos I shot while I was in Malaysia last week (and were enhanced using Instagram and Photo360 apps).  This is my second venture into the world of photography… 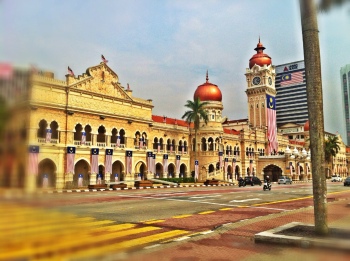 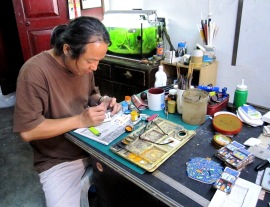 Along Temple Street in Melaka, Malaysia there sits a long-haired Chinese-Malay looking man who introduced himself as Mr. Ho.  He seems to enjoy smoking cigar from a classic looking wooden pipe during what seem to be a lazy afternoon in Melaka.  While smoking from his pipe, he paints on ceramic tiles that depict colorful mini-replicas of antique European china as well as artistic facades of mansions and colonial buildings found in Melaka.

Looking through the walls of his artworks inside his gallery I was bitten by an artistic bug.  I was easily mesmerized by the colors, artistry and intricacy of his work.  It was like an out of body experience.  Though with a limited budget, I purchased myself one of his works mounted inside a stylish wooden frame. 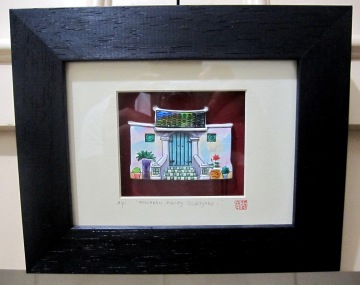 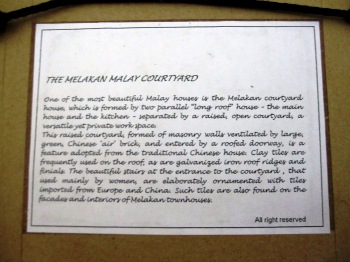 the written description at the back of the frame

Mr. Ho was courteous enough to allow me to take his photo while he does his painting on one of his ceramic tiles.  Good thing though, I asked for his name because when I stepped out of his shop there was no signage to fully document this artistic experience.

Resorts World Casino at Genting Highlands in Malaysia refused to accept fashionably dressed people in their establishment.  I was in my premium Japanese-branded spring/summer ensemble – three-fourths cut sleeved plaid shirt matched with rust-colored twill shorts, trendy almond-toed gray loafers and of course premium branded underwear – all in extra fine cotton fabric when I was refused entry.

The security at the entrance door refused me entry because according to him I was in shorts cut above the knee.  While being reprimanded, I wanted to answer back the uncouth obsolescent security officer that shorts cut below the knee are sooo ‘90s!  The security officer and the Genting Highlands management in itself do not realize that the cost of my chic and trendy shorts would probably be more expensive than the gown worn by the lady who entered before me at their starting-to-dilapidate entrance hall.

Too bad, Genting Casino refused me entry simply because of my chichi-looking shorts when in fact I was all ready to splurge millions of ringgits in their establishment which in a way can help rehabilitate their somewhat old and outmoded facilities.  Instead, me and my colleagues settled for the nearby Starbucks.

inside the church in kuala lumpur

Later in the afternoon, I joined my colleagues’ plan to hear the Holy Mass celebrated in one of the few Catholic churches in Kuala Lumpur.  I was hesitant to join at first because I might also be refused entry because I was still in my chic fashionable shorts.  I thought that if hell (the casino) can refuse me entry it is by all means that heaven (church) would definitely not allow me in.

But while making my way under the roof of heaven here on earth no one frisked or stopped me.  And when I was regenerated by prayers and while stepping out of the church, I realized that heaven is truly more fashionable than hell.

I have been a believer of my country’s awesomeness but I love being a tourist and I fancy travelling out of the country.  Nengkoy (my mom) in her exasperated demeanor would often tell me that I don’t have kayamanan (investments, wealth and assets) because according to her my kayamanan are the experiences I gained out from my travels out of the country. So when I checked on the list, there have been six countries that I have already personally visited out of the 26 countries listed.

In each of the destinations I go to, may it be out of the country or within, I always make it a point to bring home with me a memento.  A “delicious” budget traveler like me cannot afford to buy exorbitant souvenirs like paintings, crystals or even silver spoons so I would settle for the cheapest.  That would be a ref magnet!  So, without further pomp and circumstance, here’s a look at the treasures of my adventures: 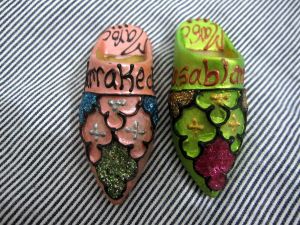 morocco "land of the setting sun"

Availability of ref magnets in tourist destinations bearing the name of the city or country as a simple memento is an indication that such place or destination is a tourist hub.

Anyway, referring back to the list, I still have a long way to go in covering all these countries.  I still have 20 more countries to go to visa-free.  However, I noticed that Macau is not included in the list.  It’s also visa-free… 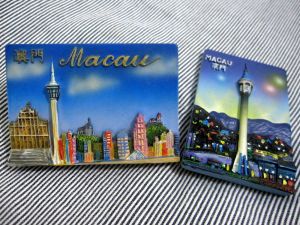 macau "a world of difference"

I do not have investments and Nengkoy is correct. I may have zero assets, humongous liabilities and mediocre net worth but the experiences and wisdoms I gained out from these travels are priceless.