a friend captured this early this morning in his home province…

If you are a non-Filipino and you hate your life and at a lowest low, think again.  Let me just inform you that while I am writing this, my country (the Philippines) is experiencing the deadliest, the strongest and most devastating tropical storm of the year on the planet.  Power outages, spotty internet, dreadful storm surges by the seaside, terrible flashfloods, daunting evacuations of families and horrible destruction of buildings, crops and produce are all ongoing.   And this is in the midst of the deadly pandemic!

So, if you are feeling sad, miserable and dispirited, think again! You just don’t know how blessed and fortunate you are at the moment.

Got to go.  Need to evacuate to my mom’s house and arm myself with the mighty umbrella!  Stay resilient Philippines! I pray for everyone’s safety and that this deadly storm will pass soonest!

What’s the worst and stupidest thing a first time tourist in San Francisco USA would do?  That would be… not seeing the Golden Gate Bridge and shoot photos of it.  I apparently is not that person.  I saw, I touched, I smelled (and even tasted it) and had uncountable selfies! 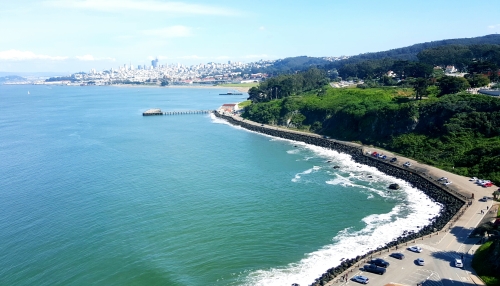 view from the top

I actually went and see the Golden Gate Bridge twice.  One during a sunny afternoon and second was at an early evening when the sun is about to set.  I went twice just to confirm and re-assure myself that the first red orange bridge I saw was indeed the freaking Golden Gate Bridge! Hahaha!

I love the bridge.  It’s elegant and mild from afar but absolutely robust and mighty when you got to step on it.  And as I was walking along the sidewalk, I kept on pinching myself to validate that I am not dreaming and that I really am stepping on one of the Wonders of Modern World. 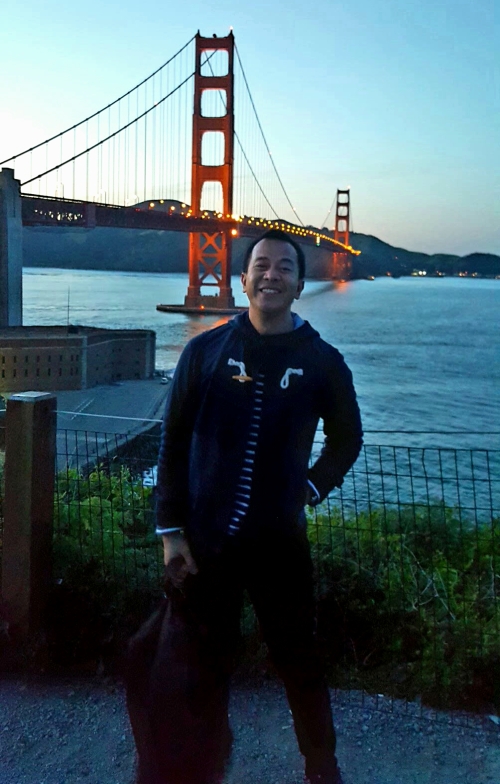 And when I reached the mid-part of the bridge, I tried looking down at the frigid water of the San Francisco Bay.  All I can utter was, “This freakin’ b!@#ch is high!”  After seeing the bridge twice and marvel at the beauty and strength it possesses, I smiled and proudly told myself that I indeed is one lucky dude!

Late in the morning today, Jan 1, a new friend whom I met in New York shared/posted in his Facebook page a video and article that highlights the tradition of what underwear color men wears when welcoming the New Year.  Interestingly enough my country, the Philippines, is included in the video feature.  And I was not surprised to find out that men in my country wears polka dots!

The researchers of The Underwear Expert really did their homework.  To support this claim, I am exactly one of those who wore polka dot last December 31st and when I welcome the year 2016.

The round shape being a symbol for money, wearing anything polka dotted in the Philippines during New Year’s Eve is believed to bring prosperity all year round.

This tidbit of a tradition has been instilled upon me by my beautiful and fashionista grandmother, Lola Teray (Nengkoy’s mom).  I remember during the early years when Lola Teray was still alive, she and her sisters (Lola Sario and Lola Beheng) would make sure to wear polka dot “daster” (house dress) every New Year’s Eve believing that it would bring good fortune in the coming year.

The whole world must have conspired for this to happen again.  It was a re-occurrence of an omen which conveys that a lot of superb and great things will soon and again come my way.

How was the omen delivered?

After exploring the views, ballyhoos and offerings of the Santa Monica Pier in California, I, my friends Karen, Joesel and Denton decided to laze and enjoy the cool breeze of Santa Monica beach.  Since it was too cool to hit the water, we decided to sit on the clean soft sand, do a little people watching, simply relaxed and munch on some chips and chocolates. 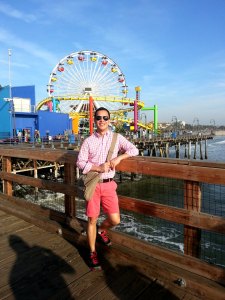 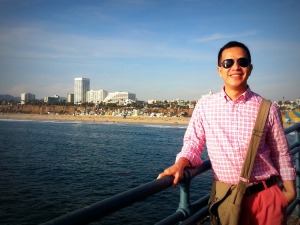 santa monica beach at the background

on our way to the beach from the pier…

While appreciating the soothing views of the ocean with some flocks of bird hovering around and having some tranquil moment on the beach, some sticky and gooey mess suddenly came flying in the air and hit me.  I then realized that smarmy, sycophantic and hair-raising bird poop struck me!!!

Then did I recall that the same thing happened to me when I and my sister Joy were walking the streets of Kuala Lumpur (read that HERE), I was also smacked with some avian poop.  And since it was my second time, I reacted not in the same way that it happened to me during the first.  I was calmer, more serene and composed.

messengers of my lucky omen

While wiping off the slimy mess, did I realized that such a re-occurrence (and both being abroad) could be so odd. Making some sense out of the senseless, I simply appreciated that this again must be some lucky omen.  I embraced the moment and instinctively assumed that superb and fabulous things will soon and again come my way.

I’ve been living in the concrete jungle of Metro Manila for the past four decades and never in my life that I have encountered such destiny of being pooped-on by a flying bird.  I only stayed for four short days in Kuala Lumpur, Malaysia but it was the first time ever that a bird’s poop landed on my body.

One most likely explanation is because there are more birds in Malaysia as compared to Metro Manila.  This is because birds in the wild in Metro Manila usually end up either as an adobo (Filipino-style stew) on the dining table of ordinary Pinoy household or hepatitis-inclined inihaw (grilled) for sale by street hawkers.

There is a foolish irrational belief that a person getting crapped on by a bird will result to good luck.  My two cents on this is maybe because there is a very small statistics of mortals being pooped-on by these feathered creatures similar to the statistics of individuals winning the lottery.  Or maybe this horrible circumstance that is hypothesized to lead to impending godsend providence could be correlated to life’s general law of balance, harmony and equilibrium.  That one cannot have successes without failures or gains without hardships.

Now on my part, I am just but excited on what lies ahead…