Are you like me in which the attractiveness of my own signature is dependent on the quality and refinement of the pen I use?  I asked this because I am impressed and enjoy using my present sign pen.  Unfortunately, my present pen (pictured below) does not seem to have a label.

On a public commute to the City of Manila from a weekend adventure in Villa Escudero in Quezon Province, a shy-looking young boy hopped up our bus and started distributing a note to all the passengers. The message indicated on the note states that the young lad is selling cheap ballpens and that the proceeds of his earnings shall be used for his schooling expenses.

I opted to buy one priced at twenty pesos (less than 40 cents in US$) and got to pick the green colored pen then return the note he handed earlier.  My colleague MJ, on the other hand, actually handed 50 pesos (US$1) to the young dude after reading the note and opted not to get any pen.  She however did not return the note the boy distributed and instead kept it inside her bag.  She told me that she is to show the note to her daughter and tell her daughter about our encounter with this pleasant-looking young boy.

And every time I use this sign pen I am reminded that it was the most meaningful 20-peso spending I did that day. 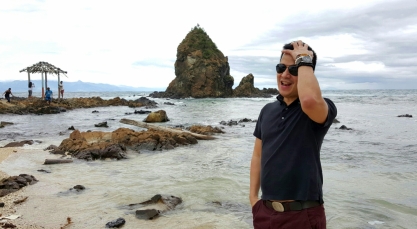 Remembering.  That is one task I can’t seem to recall on when was the last time I celebrate what should be celebrated today.  But for this year, let me hug, assent and celebrate Valentines.  Actually, the mere fact that I am posting something on Valentines is already a rare and huge celebration on my part.  Typing the letters V-A-L-E-N-T-I-N-E-S actually took some toll on me.  I needed few minutes of some peaceful rest after typing it.

Excited.  But putting myself on some positive note, this is basically my general feeling for the past weeks.  It is because I feel that very soon the one who would sweep me away from my being solo, by myself and alone would finally arrive.  I’m excited to meet the person whom I would simply sit down with enjoying freshly brewed coffee mornings after mornings.

Congratulations.  This would be my heartfelt greetings to all those who were blessed and successful in finding their significant other.  I hope your Valentines this year would be a celebration that would be remembered for a long period of time.  I also hope that your partner would not leave as swiftly as how he/she arrived.

And since I profess of celebrating Valentines today, here’s an old yet emotive song dedicated to those whose feelings were swept away by their significant other.  I’m hoping to feel and sing the same… soon…

It’s a new song, but because of its infectious tune and beautiful lyrics, it easily achieved a beloved status in my heart.  On a sublime and transcendent night, here’s a freshly minted song by The Corrs…

A considerable amount of my time growing up during my pre and early teen years was spent by watching the original cartoon animation series The Superbook.  It is an anime series that chronicled the events in the Bible’s Old and New Testament. 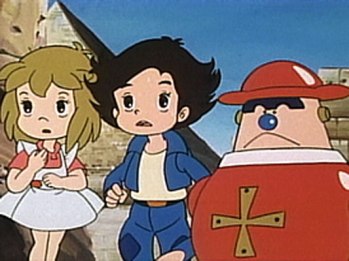 And from among all episodes of this valuable anime series during the 1980s (including its re-runs dubbed in Filipino language), never did I saw Christian, Joy and their toy robot Gizmo encounter an episode that being gay and falling in love with a person of the same sex or gender is a sin.

The same thought that this music conveys…