Let me simply post the most adorable face on earth today…

That’s 3 days old Alexander III nicknamed Ali.  He is the newest member of my family and my 3rd grandchild (from a bunch of my monster nieces and nephews) to date.

Watch out world, this little human being is gonna rock sometime soon!

One way to identify a human race is in terms of skin color.  There is white, black, brown, red and yellow.  I for one is classified under the Brown Race.  But yesterday during sunset here in Manila, I turned so orange.  Actually, everything became and looked so orange for a few minutes I started to wondered if I have turned into an Orange Race.

Reason for my turning to a different skin color and be of a rare human race was because of this stunning phenomenon!

no filter! my sunset balcony view of manila bay…

Hahaha! Ellen’s gardener already got a movie offer!  This only shows how powerful Ellen DeGeneres could be…

Charming and now-the-world’s favorite gardener, Nick, got a call from no less than Channing Tatum to inform him that he is in the upcoming Magic Mike movie.  The adorable guy really looked moved and surprised! 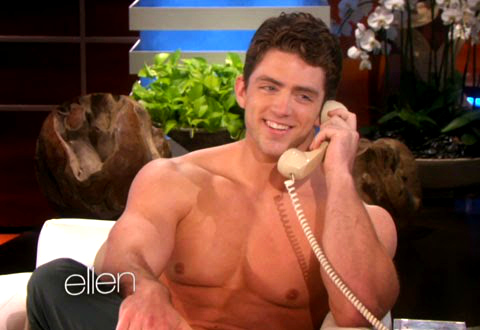 Now that Nick The Gardener will be in the next Magic Mike movie, it shall be something to look forward to then.  It would definitely be a fun booster blast if Ellen would do a cameo!

If you would notice only a handful of people would greet Happy Election Day.  Election-day cliché does not include an expression of happy greeting.  It’s usually a reminder to “exercise your right” “vote wisely” or broadcast to “let the fire of democracy burning” because “together, we build our future”.

I love elections especially national/general elections.  This is because it is the day when there is a total shift of power.  All of a sudden, ordinary people at this important day become more powerful than those who hold an electoral position.  The power is in their hands/votes.  Also, during election day all people’s individual power are in equal standing.  The 1 vote power of a poor bloke is as equal as that of the 1 vote power of a rich dude.

With this plain thought of having the power (even only for a day), people must feel at least “happy”.  So let me greet everybody a Happy Election Day! 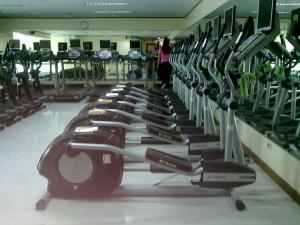 People invent because the human mind is always at work.  Brilliant human beings can turn salty sea water to potable drinking water, they invented the mobile phone, the TV, the internet and of course the computer.

While doing my 30-minute thread mill in Slimmers World, I realized that so much human energy is exerted yet wasted when people exercise at the gym.  I have been a gym freak for the past eight years (though my delicious body doesn’t seem to show it!).  I suppose the accumulated energy I have poured into using the thread mill and various gym equipments if converted into electrical volts are enough to run one humongous electric power plant.

I also realized that only if a not-yet-invented gadget that can convert human energy to electric energy be attached to all those gym equipment, this poor country need not allocate a big amount of money in buying oil, coal and gas to supplement the energy needs of its populace.  The converter-gadget should then be attached to the transmission lines towards one or two power generators that will distribute electricity to operate domestic appliances, office equipment and even industrial machineries.

This crazy thought may actually not be farfetched.  Just take the case of various luxury wristwatches available in the market that need not be run by batteries but powered by kinetic energy, i.e. a wristwatch would run perfectly when worn due to constant body movements but would stop when taken off.  My idea I suppose is just of a grander scale.

If this converter-gadget will then be invented, just imagine if this will be attached to the mattresses of all beds of this country’s resorts, hotels and motels.  That would create the biggest power plant in the universe!