The pandemic made hermits of us all.  A week before Christmas last year, after staring at a wall for hours to contemplate about my life’s existence, I decided to have a date with myself.

I went on a solo travel and proceeded to the chilly city of Baguio (127 miles up north of Manila).  Known in my country as the City of Pines, I simply had a breather, walked through pruned gardens of parks, dine at cheap restaurants, watched people walk with their uninteresting facemask on, and re-read a book I have read fifteen years ago.  And when I started to get bored to the point of being spiritless, I decided to search the web on what site in Baguio have I not been to.

The World Wide Web pointed me to St Francis Xavier Seminary in Pacdal, Baguio where the Bamboo Eco-Park is located.  I hurriedly booked online a transport vehicle service car which brought me to the place tagged as the Little Kyoto in Baguio. 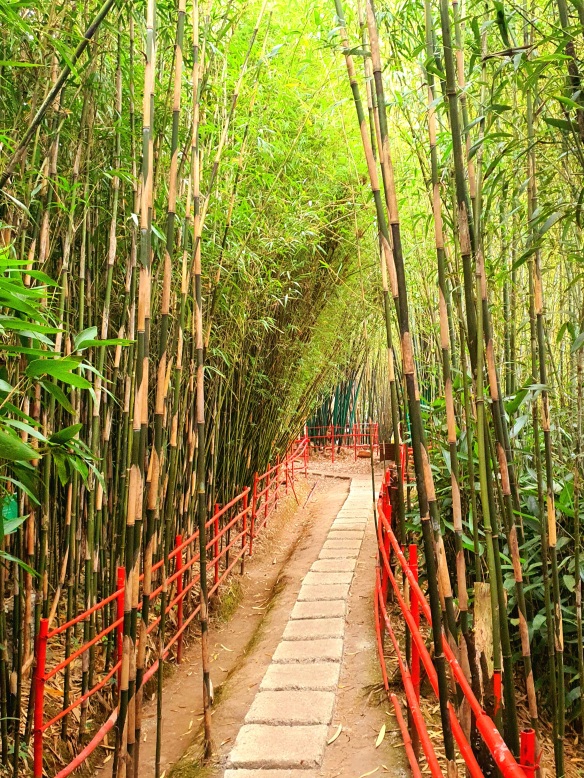 glad there were so few visitors (for safety) 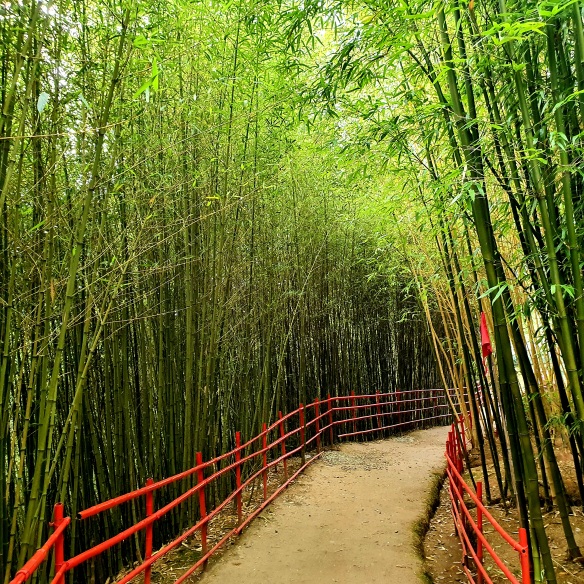 the smaller version of arashiyama

And true enough, though the place was really little as compared to the famed Arashiyama Bamboo Grove in Kyoto, the place was equally peaceful and beautiful.  I have been to Baguio numerous times (both solo and with group) but I never knew that such a beauty exists in this part of Baguio until then. It was indeed a refreshing visit!  My first time visit to Bamboo Eco-Park in Pacdal no doubt was the highlight of my latest Baguio visit.

And before I left, it dawned in me that those pandemic hermits living in St Francis Xavier Seminary must be so proud of their work which resulted to something tranquil and beautiful.  A total opposite of my being an indolent and lazy hermit during this ridiculous pandemic.

I would like to believe that I have some level of proficiency on determining what and how good food would be like.  My taste buds know how to ascertain and adjudicate what good food is.

And though I love cakes and may seem to have the sweetest tooth on the planet, I have never been a fan of Red Velvet cakes.  And though I have yet to encounter a Red Velvet cake that makes my taste buds do a double-somersault with one and a half twists in the free position, I think I just had one that is the most remarkable.

red velvet… it tastes delicious or it tastes beautiful

But my appreciation of this Red Velvet was not due to my taste buds doing a standing ovation but it was my sense of sight that makes me rejoice and be delighted towards the cake I was consuming.  I was at awe about the look, design and colors of Vanilla Café inside Kamiseta Hotel located in Baguio City, the tourist summer capital of my country.

I guess this is the cutest café I have seen in Baguio.  The interiors were so stunningly pretty, it will definitely put some very sweet delicious smile on every one’s faces.  The café was so visually attractive, the happiness it ignites would surge towards all the other senses making all dishes they serve to be so happily pleasant and appealing.

Vanilla Café have seem to possess some enchanting potion that smoke-screened my usually resplendent sense of taste.  I actually could no longer recall if the Red Velvet I had was good or mediocre but what I know is that I was smiling while consuming it inside Baguio City’s lovely and bewitching Vanilla Café. 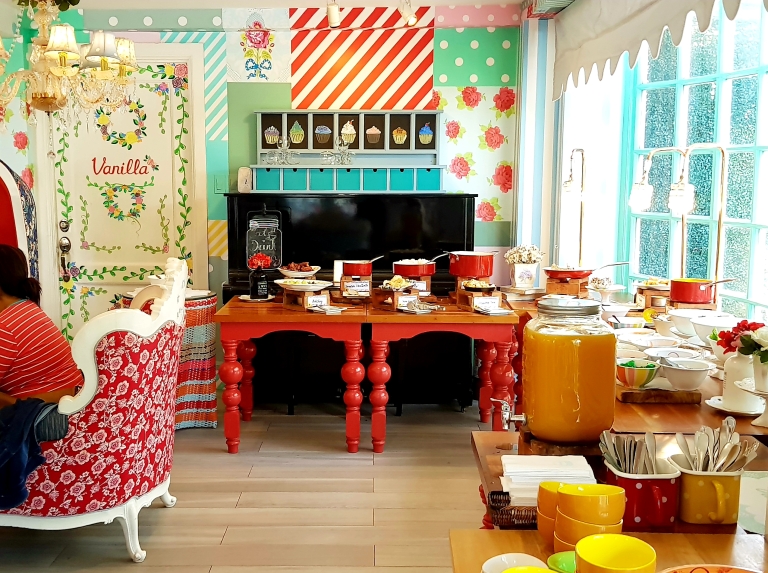 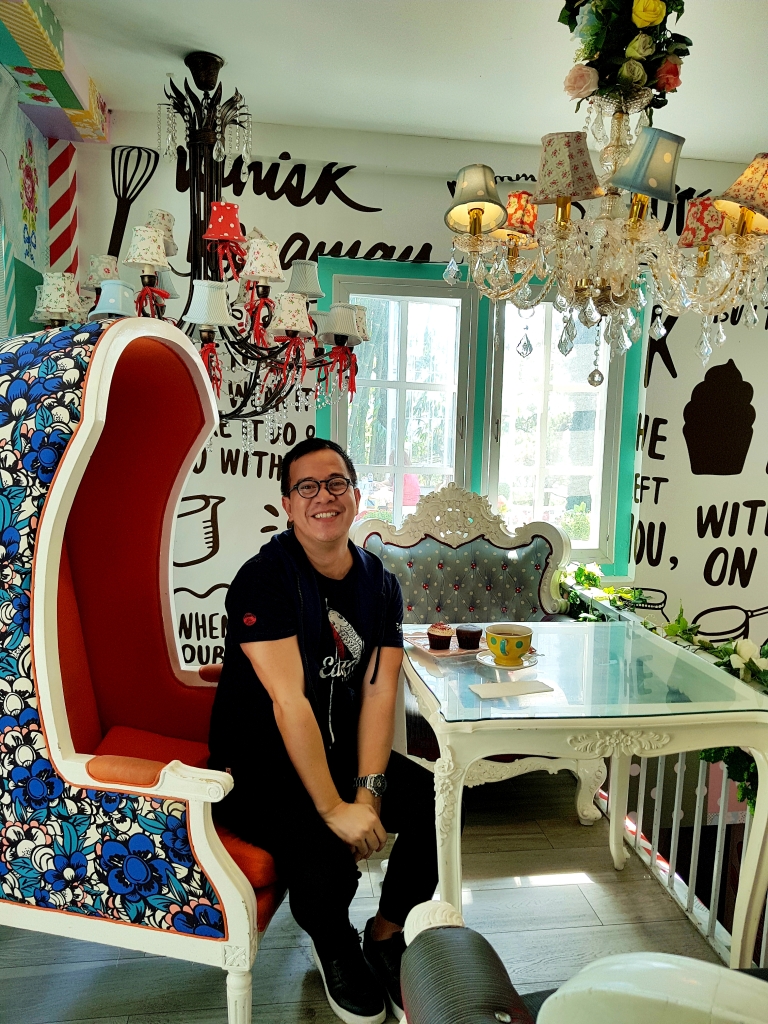 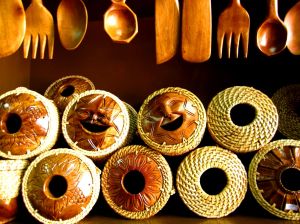 I like Baguio.  After staying for a long weekend in this city located at the northern part of the Philippines, it made me realize that it is the more civilized version of Manila.

Green parks and beautiful landscapes, limited number of mendicants, rosy pimple-free skins of charming inhabitants, pedestrian-courteous motorists, less congested streets, breathable air, healthy produce, efficient services and a no smoking city with limited cigarette smoking spots were remarkably impressive.  Aside from all these, what really impressed me about Baguio are its cab drivers. 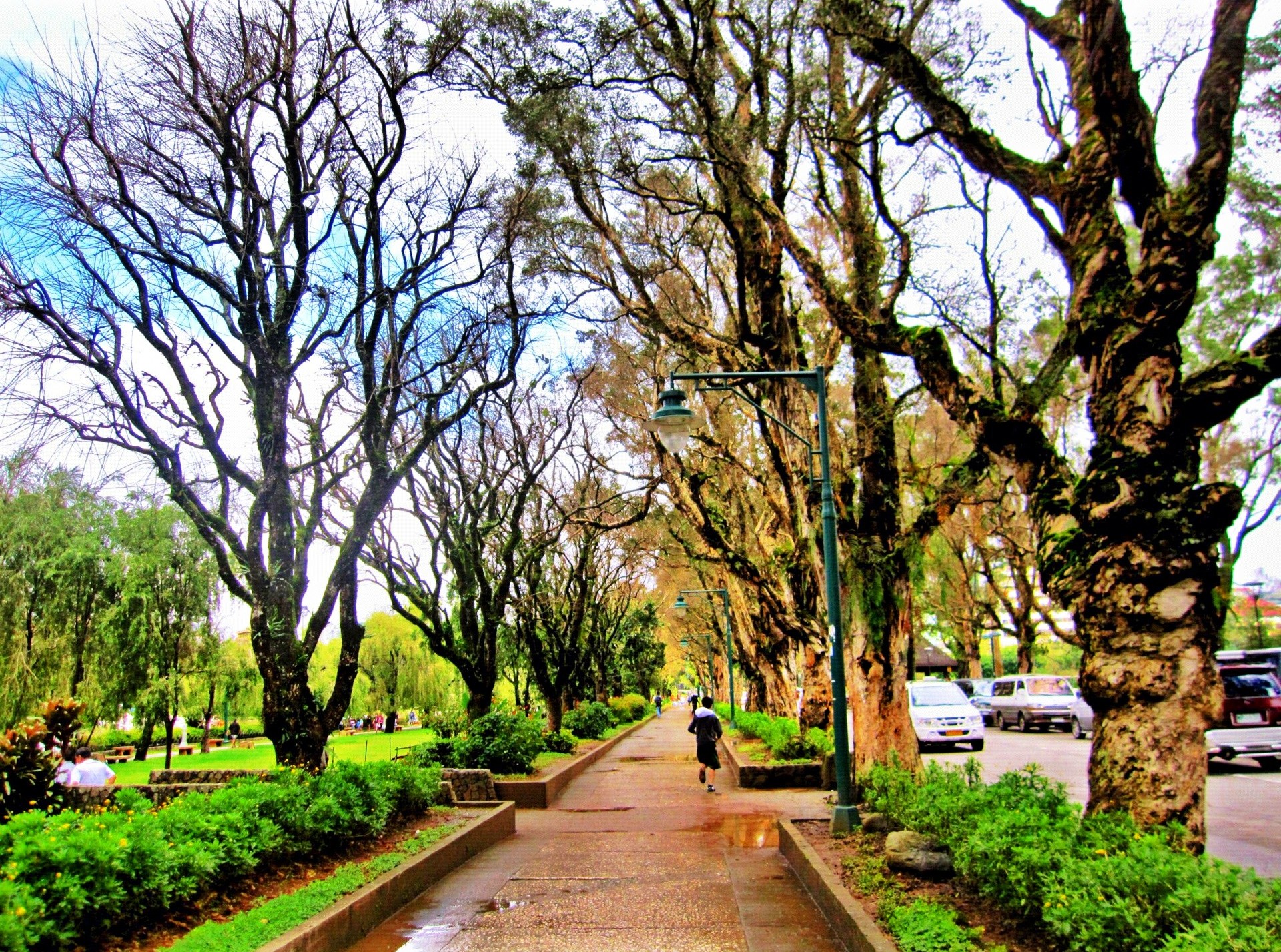 In wicked Manila, taxi drivers don’t know the concept of “change fund” and almost always never give you the exact change for your payment.  Your change is always rounded off to the next tenth of your fare, i.e. if your fare is worth 72.50 pesos and you handed a 100-peso bill ridiculous drivers would only give you 20 bucks as your change.  Insisting that you have been short-changed and demanding for the remaining change is like inviting hostilities and luring dangerous confrontations.  They would usually justify in an unfriendly douchebag manner that they don’t have smaller bills or loose change to fulfill your demand.

Stumbling upon a Manila cab driver who is nice and runs a spotless vehicle and will give you all your change is like finding a little miracle in itself in this city.  I don’t require cab drivers to smile or converse with me while traversing the streets of the metro, giving me my exact change is all that I need.

But in Baguio civilized, honest, fair and courteous cab drivers abound.  It was so surprising that these drivers issue the exact change.  I actually thought I was vacationing in a very civilized first world country when I counted the exact change handed to me by the driver.  This may be too trifling for something to be amazed about, but for me after having been subjected to a galaxy of horrors by Manila cab drivers, such character is something to smile and acclaim about.

These drivers are one of the first inhabitants that a tourist would encounter in Baguio and usually the last ones to be engaged with when leaving the city.  No doubt, these motorists gave me a good impression about the City of Pines.