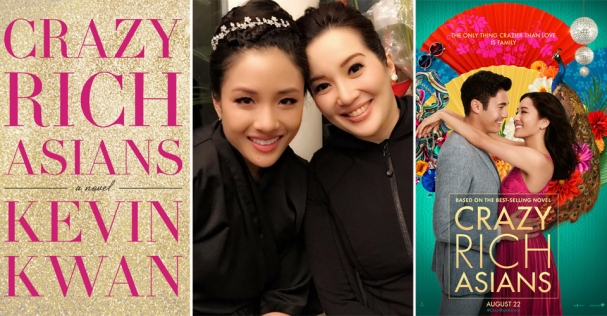 Crazy Rich Asian is such a heartwarming movie.  I was actually teary-eyed in some of the scenes because it featured cultural elements that seem so close to my being.  Also, I was so happy to see this delightful movie because at last Asian characters are on the lead (not mere sidekicks) and Asian actors are not performing the gag-worthy Hollywood martial arts scenes.  I am actually considering this film an Asian celebration!

I may not be crazy rich (because I am a crazy reject Asian) but I nevertheless saw bits and pieces of me in numerous characters of the movie, the gutsy-ness of Rachel Chu, the being-a-friend-to-depend-on of Peik Lin, the softheartedness of Nick Young and of course the bitchiness of Eleanor Sung-Young.

One of the beautiful highlights of my recent Seoul trip was something unplanned and unexpected.  Me and my colleagues were lucky enough to be at the right place and at the right time when we happen to experience one traditional South Korean ceremony. 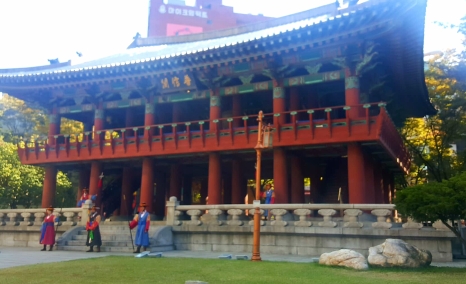 During the Joseon Dynasty, the Bosingak Belfry was used to keep time.  In the very old days when Seoul was still enclosed by 4 main gates, the bell of Bosingak would ring 33 times at 4:00 AM so as to signify that people can be allowed to enter Seoul.  And by 10:00 PM, the bell again would ring 28 times to alert the public that the gates to the city are closing.

On our way to Insadong (one shopping capital in Seoul), just outside Jonggak subway station, we happen to pass by one oriental-looking structure.  Being first timers and tourists of South Korea, we of course were lured to take photos of the massive building.  When we were called to step in at the rather old compound and was informed that entrance for free, we temporarily suspended our shopping itinerary at Insadong and instead marveled at the beautiful structure in front of us. 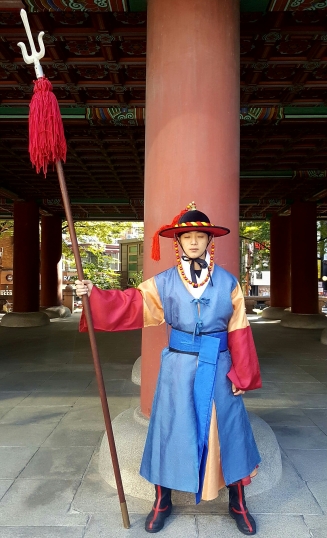 i love the colors… 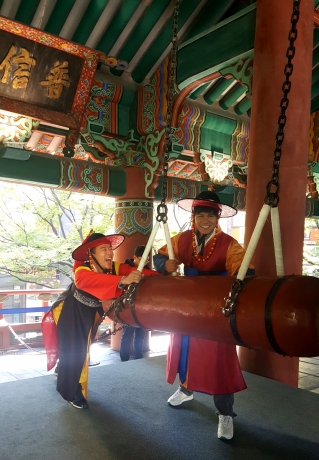 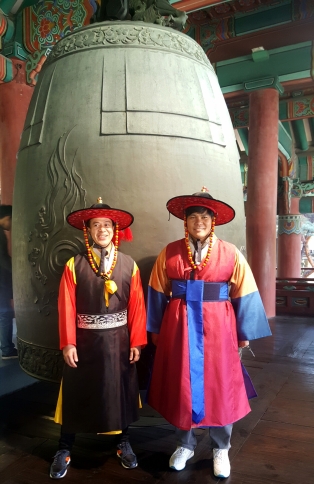 While taking photos of ourselves, the buildings and the guards in traditional and colorful Korean clothing, we were told that we can participate in the day’s ringing of the bell ceremony.  But before we were allowed to hit the bell with a massive wooden log suspended from the ceiling, we were told to first change into Korean traditional costumes.  The changing into colorful Korean clothes even made this awesome experience more unforgettable.

And at 12 high noon, we were hitting the massive bell of Bosingak to alarm the whole Seoul, South Korea!  And after this awesome experience, we were so inspired, ended up buying lots of traditional South Korean goodies at Insadong.