Let’s start August with a perfect gem; and, 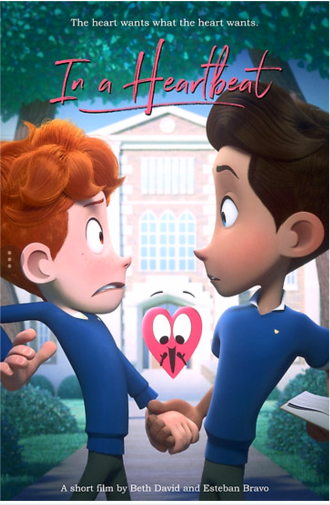 super lavet! (btw, images in this post are not mine)

My most previous post is about how I loved and enjoyed the movie Inside Out.  But I could not stop myself from writing about another reason why people should see this new Pixar animation.  It is because of the equally adorable short film which was featured prior to the main movie.  It’s entitled Lava.

I was totally clueless when the short film started.  I thought it was just one of the movie trailers or previews.  But as the film continues with its charming music and unique love story, I eventually found myself so engaged with this impressive short film.

The short is about a volcano all alone in the middle of the sea longing to meet another volcano he would love.  But since he’s stuck and could not move, all he could do until he grows old to the brink of extinction and nearly submerged under the sea was to sing a song about his dream of meeting a volcano he could love.  He however doesn’t know that deep beneath the sea is a female volcano who hears his singing every day.  This lady volcano knows that she is the one that the male volcano was longing for. 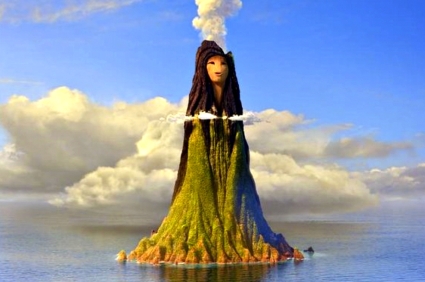 While underwater, the male volcano could hear the lady volcano singing his very song of hope.  He was happy and knew that the volcano he was longing for was already up above the water.  But the problem is, he is down submerged under water.

Until another mighty shaking and rumbling of the earth happened and the male volcano was pushed up above the water.  Now both of them were above water and was actually positioned side by side seeing each other!  Now both are singing a new song.  This time, it is about having their wish coming true and that is to grow old together as two loving volcanoes.

Here’s the adorable storyteller of a song…

But when both volcanoes eventually found each other, I was tearing already.  Good thing, me and my family chose to watch the 3-D version.  I was already wearing the 3-D glasses that’s why my relatives could not see me crying! Hahaha!

Aside from the adorable song, what I loved most about this short is the simplicity of the story.  Maybe I am already so complicated that is why seeing something simple is so great for me. For me, Lava is a beautiful and moving short film.  Those who won’t be moved by this film may literally need lots of super hot lava so as to melt their heart of stone.

If my memory serves me right the last animated movie that moved me was Pixar’s Toy Story.  It has been a decade ago and I started wondering whether at my present age I would still be affected by animation.

I thought that with the complex experiences and encounters in life, I am already a hard-boiled, cold and frigid person when it comes to cartoons.  Being a full grown adult, I thought that I was too old for it.

But the latest Pixar offering entitled Inside Out changed all that.  Inside Out is clever, sharp and adorable.  It is a well-thought concept with genius storyline.  It provides glimpses of the complexities of the human psyche – train of thought, sub-consciousness, imagination, long-term memory, consciousness, emotions and core memory.  It features the intricacies that scurry through inside a person’s mind, from abstract thinking to poignant feelings to even loss of memory presented into an amusing and entertaining way.

Aside from having adorable characters, what I particularly liked about this movie is the bumpy yet common development of the main character’s personality as she ages.  That as people mature and develops, a distinct memory or experience is not only colored/covered by a single emotion (either: joy, sadness, disgust, anger or fear), it is the complex inimitable mixture of all these emotions that makes up a person’s unique personality.

“long term memory”; how i wish my psychology classes then were as colorful as this one

I agree with Joe Morgenstern of Wall Street Journal on what he said about Inside Out, “The level of invention is so high and the density of detail is so great, that it is impossible to absorb everything in a single viewing.”  With this thought, I know for sure that I will again be seeing this animation movie in the future may I be too old or not for cartoons.