When someone discusses anything about Frozen, young lads and lassies today would link and associate this to the fearless princess Elsa, her adorable sister and the cheerful Olaf.  Yeah, Frozen would be about the fun charming Disney movie and its sequel based on the fairy tale Snow Queen. 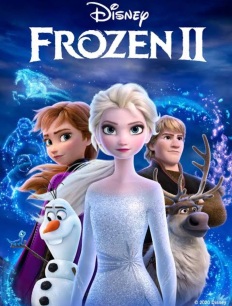 Frozen today would also be associated to a now classic seven-year-old song where the snow glows white on the mountain tonight and where the wind is howling like a swirling storm inside. Hahaha! Yeah, it is entitled (who would not know?) Let it Go.

But for me, I don’t associate Frozen to Frozen, the movie.  It is because prior to this film, during my younger years, my brain has been wired, stuck and enthused by an excellent 22-year-old song and a music video masterpiece.

I would associate Frozen to a mystifying lady in a black dress who would mysteriously collapse on the ground and would magically turn into numerous black flying crows.  I would correlate Frozen to a lady who tells us that “love is a bird, it needs to fly, let all the hurt inside of us die”

Watch this, this is my Frozen.

Yup, my favorite song in Madonna’s 1998 album Ray of Light is my Frozen.

But no matter what your Frozen is.  May it be the sensuous song by Madonna or the Let It Go from the movie Frozen, both songs seem to have an interlocking message.  It tells us that we should simply let go because we are considered frozen when our hearts are not open.