I purposely went to the Flat Iron when I revisited NYC.  Luckily, the hotel I stayed at after my Washington DC adventure was within the Union Square area which was a short walk to the Flat Iron.  While walking my way there, I promised and have set my loony mind that I will write an inspiring blog post about how I felt and how I experienced seeing the iconic building.

But upon reaching the area and seeing again the celebrated building after 4 years, I could not think of something awesome to say about how I was feeling.  Maybe it was because I was too overwhelmed that I start imagining things.  One thing that I stupidly expected while gazing into the beauty of the superstar structure was the sudden appearance of Spider-Man at the side of the building sprouting out his web and would sway out to a nearby building. 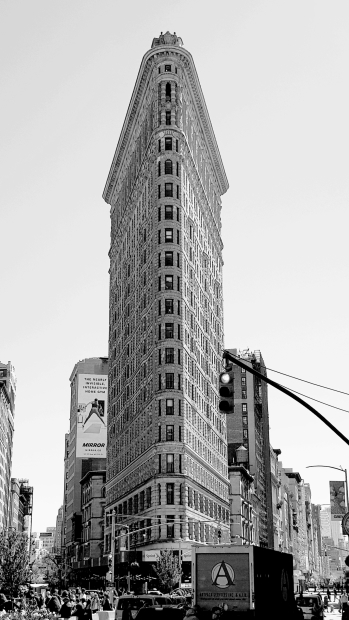 can’t believe i shot this! 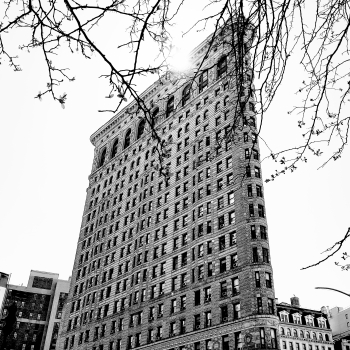 Since I could not seem to shift my brain to such a silly thinking, I instead took photos of the Flat Iron and just simply promised myself that I will post my photos in black and white.  Now, I am doing that, I am expecting to somehow unleash the deep character of the building.

Besides, most people now take photos in color to show the beauty and aesthetics of their subject, but few would photograph their subject in black and white so as to show and feature how the soul and spirit of their subject would look like.   I hope I achieved that though these photos. 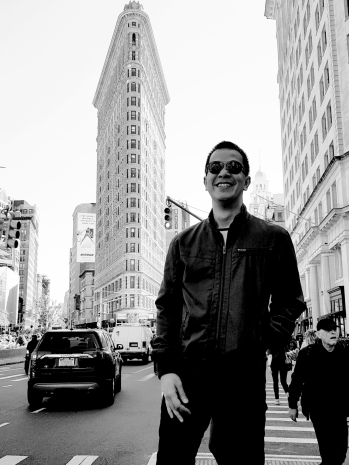 3 thoughts on “Flat Iron Soul and My Nutty Imagination”