I have written in the past that one benchmark for me to consider visiting and exploring a place or spot on the planet is the availability and complexity of its metro or subway system.  The subway or metro train has always been my preferred mode of transportation when discovering a metropolis.  It is quick, cheap and convenient.

Also, for me, an urban zone’s train transit system is a suggestive representation of that place’s culture, social conduct, and communal conventions.  Riding the subway train is like being one with the locals. 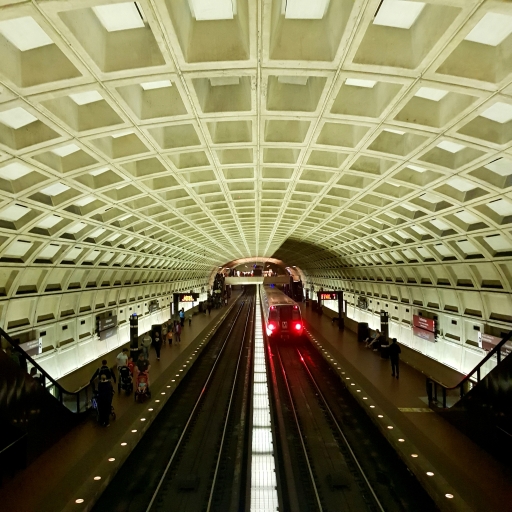 When I was in Washington D.C., its metro train system was my most used mode of transportation known as the Metrorail. And what is so distinct and captivating about the Metrorail is its exceptional look, motif and pattern.  Its design is like a weird fusion of retro and space-age at the same time.  Being at the station creates the feeling of being in a futuristic movie set in which such movie was created sometime in the 60’s.

It is weird but I also often felt like being inside a thermos bottle!  And it also felt like some strange alien is about to pop out at the end of the stunning tunnel. 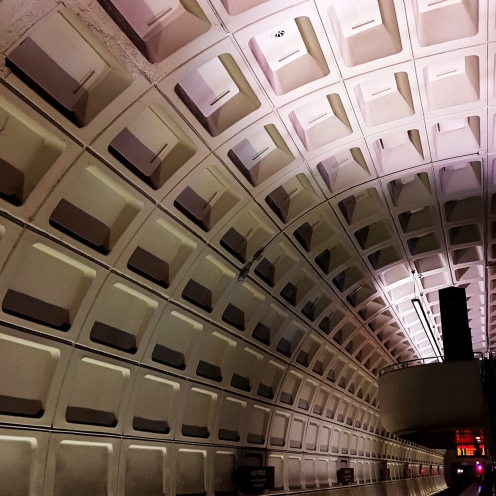 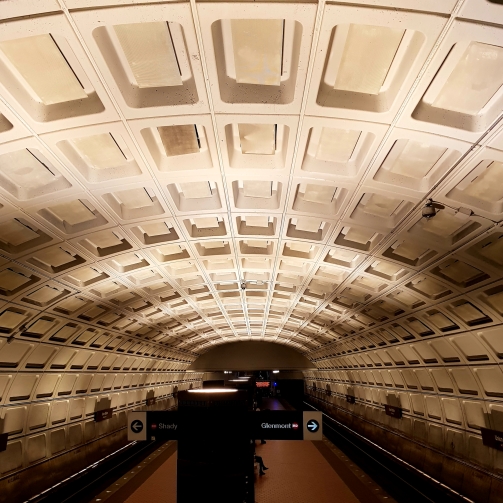 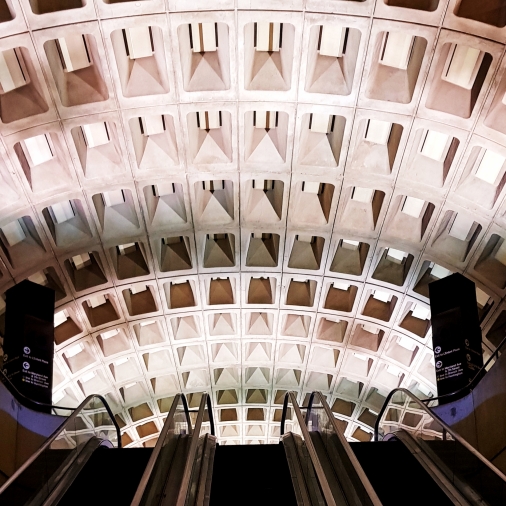 Even the lighting of the stations were something unique.  It’s not bright like the usual and distinctly dim which adds up to a whole lot of character as compared to other typical subway stations of other urban zones!  Being at such an uncommon looking-station adds up to the unique Washington D.C. experience.  The Metrorail stations are also photo-friendly.  It’s actually Instagramable!

And through my readings, I have learned that Washington D.C.’s metro stations were voted and included in the list of America’s Favorite Architecture.  After reading such, I seem to not be so surprised by this recognition.  Metrorail is hip, cool and totally dumbfounding. 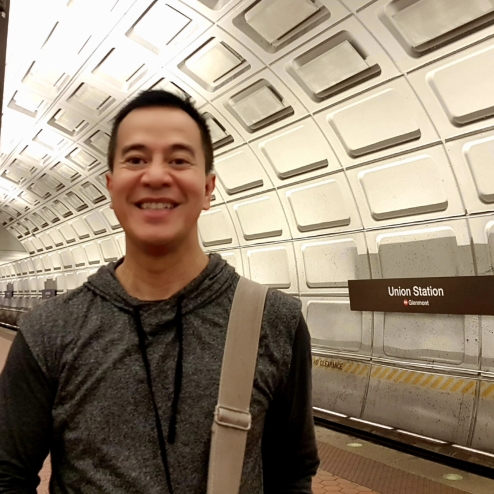