city buses around the metro

I am a daily witness to the decaying City of Manila through the swarming and infestation of mendicants and homeless people on its streets as well as the unforgiving traffic jam you would encounter daily.  Going to your destination via roads of City of Manila would agonizingly be delayed because of traffic. I am so sure that the speed of rumor is faster than the speed of your car’s speedometer when you are to drive on the streets of Manila.

But guess what? Last Friday it only took me 30 minutes to go to Manila Post Office building from my office in Malate to get a personal parcel then back.  Within that 30-minute period, I was even able to shoot a few photos of the iconic Manila Post Office building.  Going right at the center of City of Manila was a breeze.  This is because of the new local government’s tightfisted drive and stingy ordinance of no longer allowing bedlam-causing buses in the city. 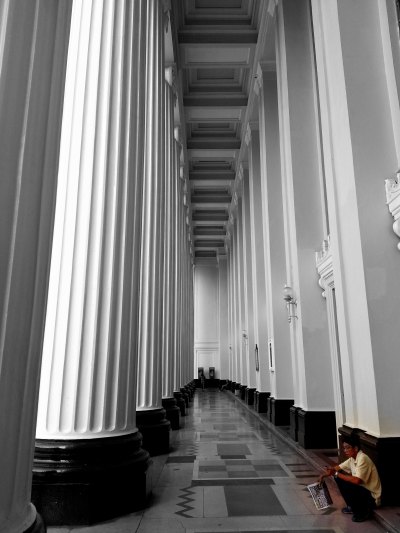 To further substantiate this surprising development, when I and my family went yesterday up north to Manaoag, Pangasinan, we decided to pass through the City of Manila.  We passed the often-vehicle-filled Roxas Boulevard, the panic-infusing Lawton area, the traffic-choke-point Quiapo, the chaotic jumble streets of Dimasalang, Dangwa and La Loma.  To our amazement, we were out of Manila and reached the north express way in less than 30 minutes.

Still further, when we came back to Metro Manila later in the day, we decided to pass through the often-dreadful and jaywalker-infested Taft Avenue.  And still, we passed through Taft Avenue with so much ease.  My sister could not contain herself and asked how much buses were eliminated for such a road to move vehicles at an unexpectedly speedy pace.

This truly is a very welcome development.  Congratulations to the new City Mayor Joseph ‘Erap’ Estrada and his Vice-Mayor Isko Moreno for growing some balls in disallowing those monstrous buses in the city.