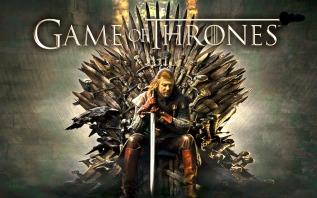 It must already be in the hundreds if I have tallied and counted the number of times I uttered the words “grabe”, “shocking” and “galing” while watching the episodes of the great HBO tv series Game of Thrones.  These do not include the occasions when I sighed, gasped and screamed while watching it.

The series is so biting and disturbing in a great sense of these words.  It will definitely bring sharp chills on your spines.  All the elements of backstabbing, manipulation, double-dealing, erotica, greed and brutality are present.  The show never holds back!

Unlike a usual TV series where the lead stars are expected to remain alive and be the main and principal characters throughout the whole show, in Game of Thrones characters are dynamic and evolving.  It is unexpected that right in the middle of the story, the lead character (who you thought was the lead character) would just suddenly meet a brutal death.  Or the character you’re starting to like would unexpectedly become a horrendous iron-handed protagonist.  And amazingly, these characters would literally go down and dirty!

For those who have not watched it, I must say that you are missing a hell of a lot.  I swear to the old gods and the new that Game of Thrones is hauntingly entertaining.  This show definitely ranks right up there as masterworks of ingenuity and wild imagination.