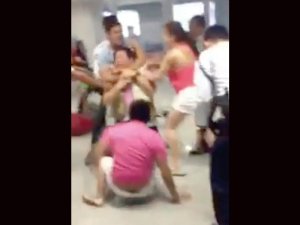 Hours ago, the country’s dream to win an Olympic medal faltered when Pinoy boxer Mark Barriga lost his fight to a Kazahstani fighter.  Thus, another 4 long years again the Philippines will have to wait for a chance to finally pull it off and achieve that elusive Olympic gold.

It has always been a well known fact that the POC lacks the modern equipment, cutting-edge facilities and expert trainers to hone Filipino athletes who would slug it out during the Olympics.  Many people say that the answer to this long running Olympic medal draught is money.

If a lot of people are saying that money is the solution, I just wondered, what if the 4-billion-peso losses of TV5 the TV network owned by MVP was instead spent to buy modern sports equipment, construct cutting-edge sports facilities and train, feed, clothe and shelter the Filipino athletes, would the Filipinos today be united and are already rejoicing for the triumph of the country’s first Olympic gold?

Yeah, if I were MVP I would have spent the 4 billion pesos to these sports related venture.  This would clearly be one great patriotic endeavor.  Too bad I am not MVP.

But if I have the wealth and power of MVP mixed with lunatic neurons and neurotransmitters of Nengkoy’s son (that’s me,) I would spend the 4 billion to Philippine sports but will have to have specific conditions to further ensure the success of obtaining the Olympic gold.  I would dole out 4 billion pesos to Philippine sports only if the following artistas (Filipino entertainment celebrities) will compete for the following Olympics event: